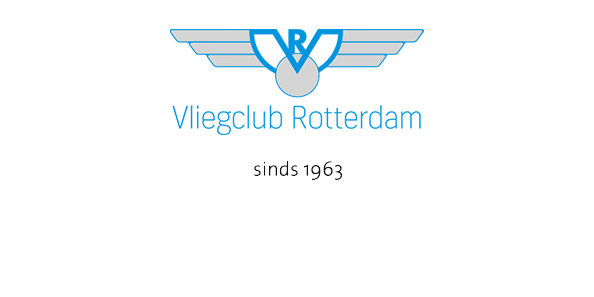 Welcome to Rotterdam
Rotterdam, city with one of the biggest harbours of the world, but also a vivid city with lots of culture events, and not to forget a great architecture. Besides all of this, Rotterdam is a perfect destination for your flying trip. Rotterdam The Hague Airport is situated northside close to the city, which makes the city itself easily reachable, for a visit, or stay-over. Vliegclub Rotterdam (Flying Club Rotterdam) and all its members welcome you to the airfield and our club Home, regardless if you arrive IFR or VFR. Rotterdam is a controlled airfield with a mixture of commercial and general aviation, and that requires a bit more preparation. This pilot briefing has been created to provide you with some useful information to ease your preparation and flight. Procedures are not that complicated, and with the support of our excellent Air Traffic Controllers, it is actually fun to fly to and from Rotterdam.

Who can be handled by VCR?
Handling by the Vliegclub Rotterdam is restricted to light GA traffic for recreational purposes only. We’re sorry, but due to our agreement with the airport, any commercial or business related traffic can only be supported by other handling partners (KLM Jetcenter and Aviapartner). You will be welcomed by an aeroclub with mostly private and recreational pilots, so the atmosphere will be very informal. The existing taxiway (Lima) imposes some further restrictions: Wingspan: max. 13,50m MTOW: max. 2000 kg.

Opening hours
Our staff is available to welcome you during daytime every day of the week (Mon-Sun) between the following times:

Arrivals and departures outside these hours may be accommodated to, but need to be pre-agreed on an individual basis. Please contact our Operations by phone (+31-10-4153353) prior to submitting your Handling Request.

On the following public holidays the Vliegclub Rotterdam is closed, and therefore we cannot accommodate you during these days: 1st January, 25th and 26th of December.

Handling Request
As stated in the AIP of the Netherlands, confirmed handling is mandatory for all non-homebased General Aviation traffic arriving at Rotterdam The Hague Airport, for security reasons. Handling can be requested via our website (www.vliegclubrotterdam.nl) Once your handling is confirmed by us, we will notify the Airport Authority, and - in case of an international inbound or outbound flight – Customs and Immigration.

Change of plans
We would appreciate if you inform us as soon as possible by phone or e-mail in case your plans change (for whatever reason), causing a delay or cancellation of your flight

Flight preparation and information
Please plan your flight using the regular official sources for information. You can find the Dutch Aeronautical Information Publication (AIP) at http://www.ais-netherlands.nl/aim/

Information about the Rotterdam airport can be found in Part 3, AD 2, under “EHRD ROTTERDAM/Rotterdam” Please carefully study the procedures for approach and arrival, and when flying VFR the Visual Approach Chart (VAC.1) and the VFR Traffic Circuit Chart (VAC.2). Our airfield has some different procedures, deviating from normal. The next paragraphs will point out some of the common mistakes you can make, and highlights the deviations.

Prior to contacting the tower, please listen out the ATIS, at frequency 128.565

Please note that all controlled airspace in The Netherlands has been migrated to 8.33kHz channel space.

Contact Rotterdam Tower 118.205, and provide the ATIS identification in your first call: ‘Information .. received’. We would like to point out some specific items, related to the approach routes.

The circuit area
Approaching the airfield from the Mike or Romeo arrival, you will first pass the mandatory VRP P, then cross the runway in the middle, to enter downwind: left for RW06 and right for RW24).

Careful:
In case ATC did not issue a clearance to continue after VRP P and to cross the runway in the middle, you have to hold at VRP P by orbiting.

When RW24 in use, a direct final from VRP O to RW24 can be requested from ATC. This will be similar to a baseleg approach. In case of busy traffic, ATC can request you to orbit at a certain point to create separation.

Normal points where this can happen:

After landing: taxi instructions
On all of the airfield, manoeuvring is only allowed on paved manoeuvring areas (runway, taxiways and aprons). The grass is not suitable for taxiing or parking. After landing RW06, it’s best to leave the runway via high-speed intersection V3 (if you make it) or further down at intersection V4.

After landing on RW24, you can best leave the runway at intersection V3 (high-speed intersection) or otherwise at V2. Do not exit at V4 due to opposite taxiing traffic.

Rotterdam Tower 118.205 is also responsible for ground movements, so you can stay on that frequency. After reporting runway vacated you can request a taxi to Lima, if Tower does not instruct you otherwise, or if there is no marshaller car waiting for you. Lima is situated on the southwest side of the airfield, straight on at the end of taxiway Victor.

Usually the airport authorities will intercept you with a "Follow Me car", and guide you to the apron beyond point Lima, where also the Vliegclub Rotterdam is situated. Airport Authorities will place you at a temporary parking spot on the apron Lima. Here you can switch off the engine, and you will be welcomed by a staff member of the Vliegclub Rotterdam. At later stage you will get a permanent parking spot assigned.

On the whole airfield, including taxiway Lima and the apron, the Airport Regulations apply. These parts of the airport are considered airside, and integral part of the Aiport areas.

The Airport Regulations can be found at: https://www.rotterdamthehagueairport.nl/luchthavenreglement/

Parking, securing your plane and stay-over

Important note! The usage of a reflective safety vest is mandatory on airside areas, to increase the visibility of persons.

Airport authorities will position your aircraft at a temporary parking spot on the apron Lima. Around this apron, you will find several designated parking spots, where visiting traffic can be parked. Staff or a representative (appointed member) of the Vliegclub Rotterdam will assign you a final parking spot upon your arrival.

It is strictly forbidden to taxi frontwards onto the parking spot with a running engine.

Reception at VCR, customs and immigration
After having placed your aircraft at the assigned parking spot, you are kindly requested to report at the desk inside the club home. After arrival, and when entering the club home, it may be possible that Customs or Border police will be receiving you, to check your ID or incoming goods. When you arrived from a non-Schengen country you may be asked for a copy of the General Declaration, you had to submit 2 hours prior to your arrival.

Before departure, especially for flights leaving to a non-Schengen country, your IDs and a General Declaration may be checked again.

For flights between Rotterdam and non-Schengen countries (both inbound and outbound), the Royal Marechaussee (Border Police) requires you to submit an Advance General Declaration, notifying the flight, crew and passenger details.

You can submit this General Declaration via https://www.gendec.eu

Liability
The Captain (Pilot In Command) of a visiting aircraft is solely responsible for the correct use of the Airport, and for the use of the Handling Service offered by the Vliegclub Rotterdam, to recreational general aviation. Rules and regulations related to liability of Rotterdam-The Hague Airport in case of direct damage and/or personal injuries are specified in the Airport Regulations.

Consequential damages include, but are not limited to, lost profits, delay damages, alternative transportation and expenses resulting from administrative and punitive penalties and measures.

Payment of fees
All fees (landing fee, parking fee, handling fee) need to be paid at our Operations before your departure. We’ll take care of the remittance of fees to the Airport Authorities.

We Mastercard and Visa creditcards and all Maestro debit cards.

Fuel and refuelling
Rotterdam airport has the following fuels available: Avgas 100LL and Jet-A1. Other fuels are not available. We advise you to refuel prior to departure, not immediately upon landing. We will give you instructions for refuelling and can give you further support.
Fuel can only be paid with a BP Sterling Card.